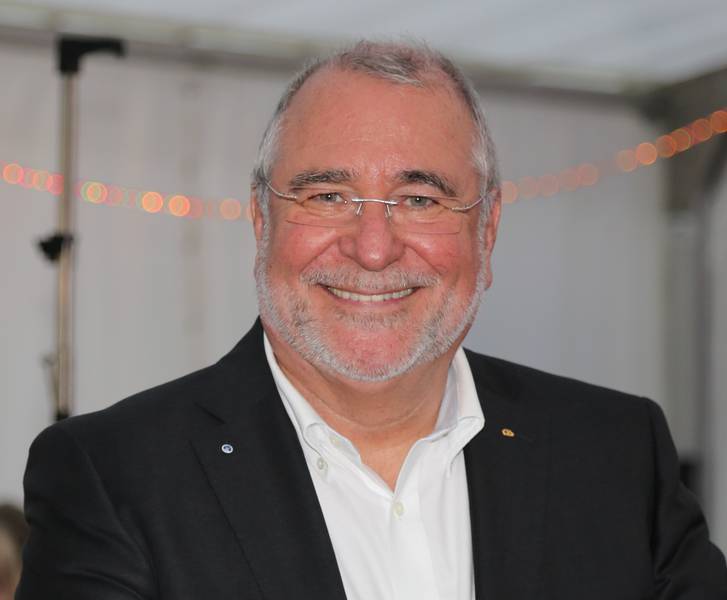 The CiS Group with registered office in Krefeld, Germany, and production sites in Czechia and Romania is undergoing intense preparations for the changes in industrial development that are expected in the upcoming years.

“I would like to draw your attention to an interesting initiative that I am actively supporting in my role as ‘Future Ambassador’, says Peter M. Wöllner, owner of the CiS Group.

What are the future prospects for Germany? – This question is extremely important, but not fundamentally new. Future-relevant subjects such as Industry 4.0, digitisation or demographic change are already being discussed in several different specialist circles.

However, what is still missing is a coherent consideration of the trends and challenges that need to be observed for Germany, which also includes possible disruptions and interactions. There is no ‘big picture’ as to how Germany can develop as part of the global community in the long run, which risks are present and which long-term opportunities are on offer for the country.

Even before the drama in Greece, we have felt that: The idea of ‘Europe’ is in crisis and there is no compass pointing us in the right direction – socially, economically, technologically and politically. A group of business representatives, scientists and future-focussed thinkers want to take a stand against the prevailing ‘future blindness’ and has set up the D2030 initiative with the support of the ‘Senat der Wirtschaft e.V.‘ as a strategic partner. The initiators of this project include the well-known futurologists Klaus Burmeister and Beate Schulz-Montag from www.Foresightlab.de. Their goal is to enable independent, interdisciplinary discourse about the development of Germany over the next 15 years and beyond. It goes without saying that Germany will not be considered in isolation, but against the backdrop of its international political, economical and cultural network. This is precisely how scenarios will be drawn up for Germany in the year 2030.

The scenarios will highlight different courses of action in the main social organisational areas. At the end of the project, the images of the future developed by the participating parties will be incorporated into a map for future-proof action. To encourage the discourse on the future of Germany past the duration of the D2030 project, the scenarios created by all interested parties will also be provided in ‘open source’ format. They will be developed as part of a transparent process and with broad participation. This will not provide a perfect masterplan for the future. Nonetheless, D2030 intends to bring future scenarios for 2030 to the table for discussion – in a qualified, competent and independent manner.

With its long-term ‘iSpeed’ strategy, CiS is aiming to develop the market and, in its role as a highly respected brand assembly company, is focused on sustainable concepts, quality, speed and reliability in serving its customers, who, for their part, consider CiS to be one of the leading companies on the market. Customers particularly value the active contribution of CiS to their ‘total cost of ownership’ and thus to boosting their competitiveness. The strategy of CiS is aimed at further expanding its leading position in the sectors of engineering, automation, automotive, medical technology, banking, instrumentation and control technology, transport, traffic and railway technology, and energy and environmental engineering.